Among the dead are orangutans, gorillas, a chimpanzee and several monkeys

BERLIN: A fire at a zoo in western Germany in the first minutes of 2020 killed more than 30 animals, including apes, monkeys, bats and birds, authorities said. Police said the fire may have been caused by sky lanterns launched to celebrate the new year.

Several witnesses reported that they had seen the cylindrical paper lanterns with little fires inside flying in the night sky shortly after midnight Wednesday near the Krefeld zoo, Gerd Hoppmann, the city’s head of criminal police told reporters.

“People reported seeing those sky lanterns flying at low altitude near the zoo and then it started burning,” Hoppmann said.
Police and firefighters received the first emergency calls at 12:38 a.m.

The zoo near the Dutch border said that the entire ape house burned down and more than 30 animals, including five orangutans, two gorillas, a chimpanzee and several monkeys, as well as fruit bats and birds, were killed.

Only two chimpanzees could be rescued from the flames by firefighters. They suffered burns but are in stable condition, zoo director Wolfgang Dressen said.

Wildfire Today has published many articles about fires caused by sky lanterns. These dangerous devices use burning material to loft a small paper or plastic hot air balloon into the air. The perpetrator has no control over where it lands. Usually the fire goes out before it hits the ground, but not always. Sometimes the envelope catches fire while in flight or it can get blown down to the ground or on the roof of a structure by the wind. Numerous fires have been started by sky lanterns. Even if they don’t ignite a fire, they leave litter on the ground. Metal parts have been picked up by hay balers causing serious problems when fed to livestock. They are banned in most U.S. states and many countries.

UPDATE January 2, 2020. From NBCDFW:  “Three women are under investigation in Germany for launching paper sky lanterns for the new year which apparently ignited a devastating fire that killed more than 30 animals at a zoo, officials said Thursday.”

Thanks and a tip of the hat go out to Robert. Typos or errors, report them HERE. 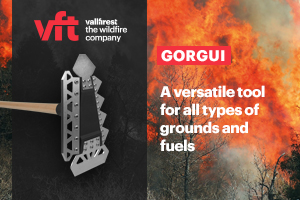