Above: the Legion Lake Fire off Lame Johnny Road near Highway 79.

The primary emphasis on the Legion Lake Fire in the Southern Black Hills of South Dakota is shifting from line construction and burning out to mop-up. On Thursday some areas were still being being burned out to secure a few sections of the perimeter, but most of the firefighters were locating and suppressing anything that is still burning close enough to the edge of the fire to be a potential threat to cross the fireline.

The Incident Management Team is calling the fire 47,312 acres, but that could change if more accurate mapping becomes available. That size puts it on the list as the third largest wildfire in recorded history of the Black Hills.

We have been hearing for several days that the cause was a fallen power line and that has been confirmed.

It was overcast and windy at the fire Thursday with north winds gusting at 12 to 20 mph. They should subside Thursday night but resume on Friday blowing from the west at 15 gusting to 20 mph under mostly sunny skies. Saturday will bring a 50 percent chance of a small amount of precipitation, about 0.05″ of rain or less than an inch of snow.

All evacuation orders have been lifted. Custer State Park and Wind Cave National Park are closed to the public, except in Wind Cave the roads that are still open include Hwy. 385, Hwy 87, and Beaver Creek Road (across from the fire lookout tower). In Custer State Park portions of Highways 16A and 87 are still closed.

The RJ85 air tanker that was at Rapid City has gone back to California and the other, an MD-87, is on her day off today. The lead plane has also departed, so it appears that the remaining air tanker will probably be released when it returns to duty Friday.

On Thursday we shot the photos below on Lame Johnny Road in the southern portion of the fire not far from Highway 79. Click on the photos to see larger versions. 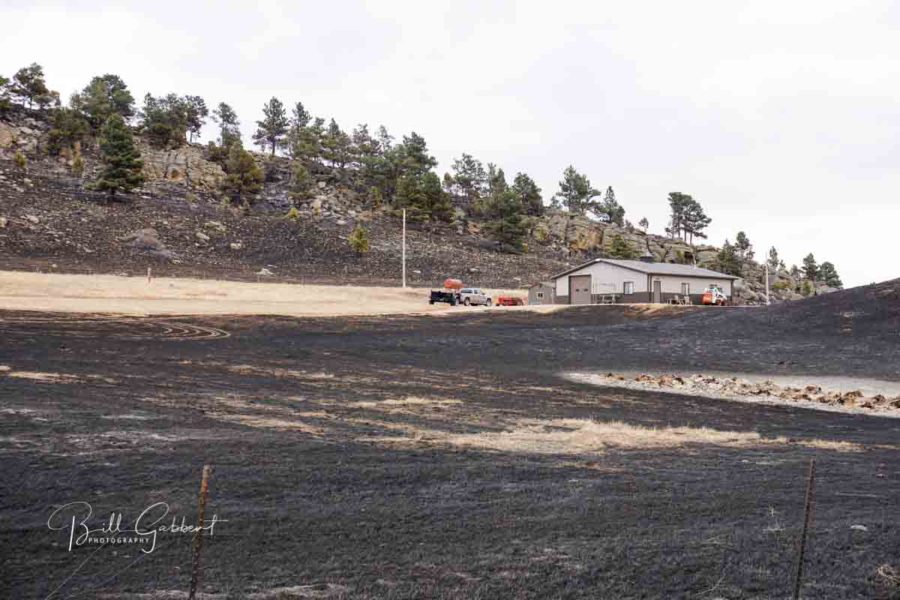 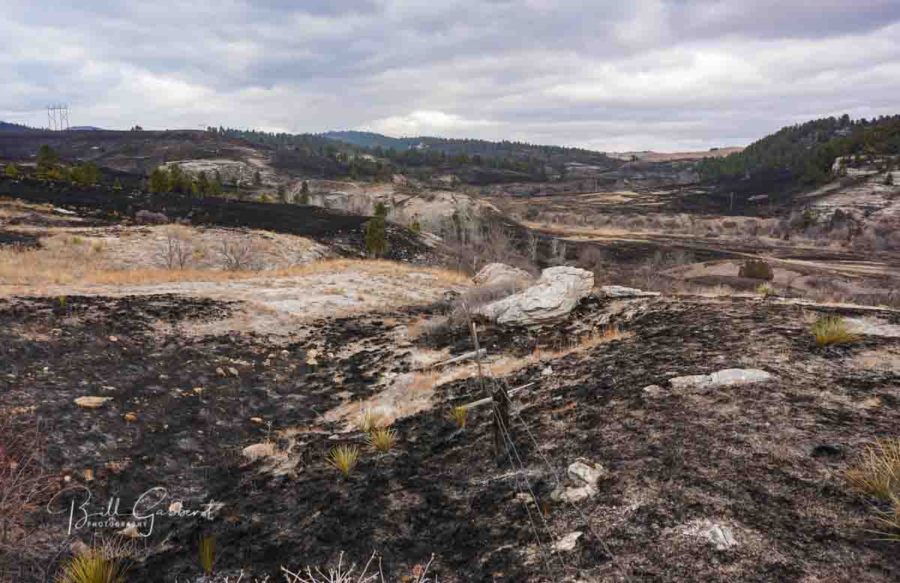 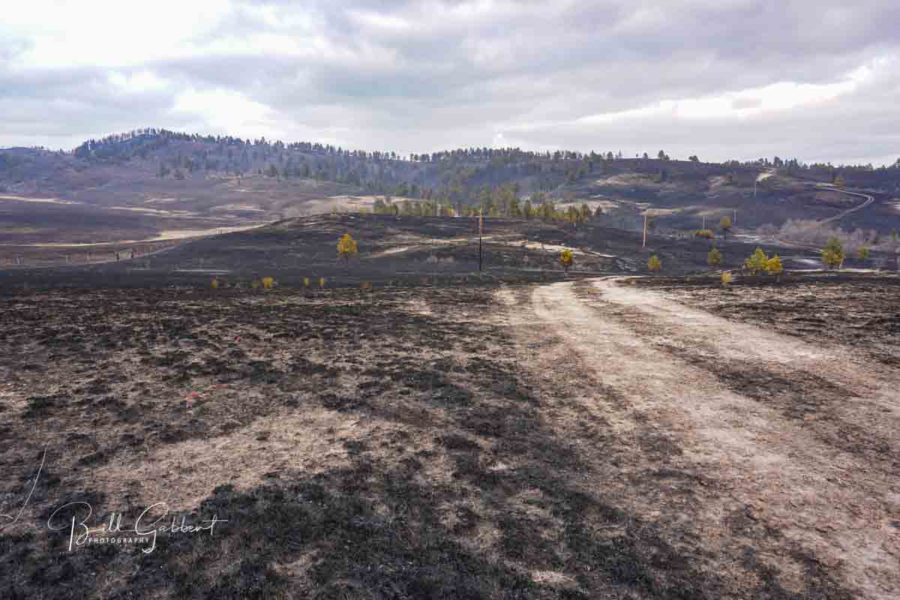 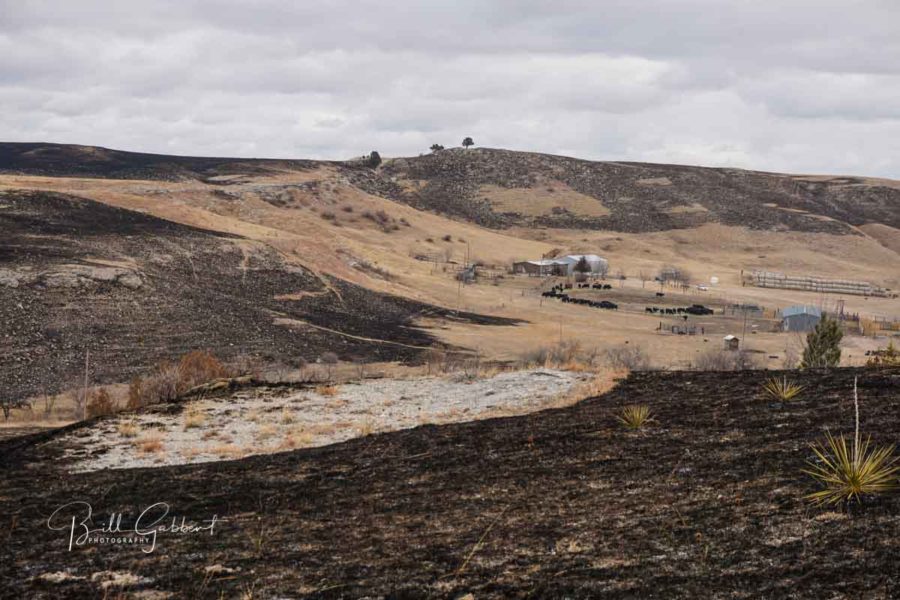 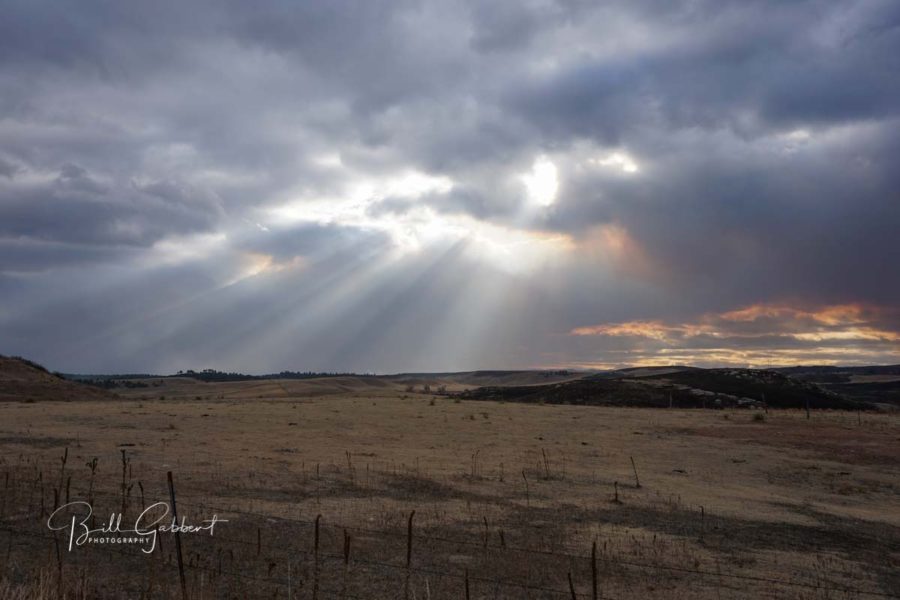 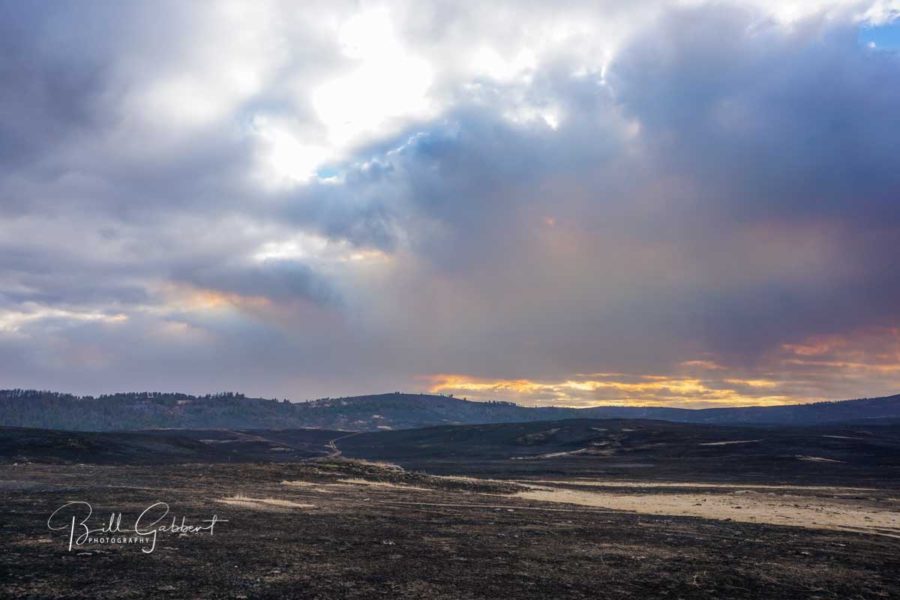