The Ranch Fire will most likely burn into the Pawnee Fire of June, 2018.

The Mendocino Complex of Fires east of Ukiah, California were extremely active Thursday, adding another 43,000 acres west and east of Clear Lake. Firefighters were again engaged in house to house structure protection as the fire moved through the wildland-urban interface.

The northernmost of the two fires, the Ranch Fire, ran for about 6 miles to the southeast, coming very close to the burn scar from the Pawnee Fire of June, 2018, according to the infrared sensing data from a fixed wing aircraft collected at 11:30 p.m. August 2. The Ranch Fire also grew significantly on the northeast side.

The River Fire west of Clear Lake only showed major growth on its north side, where it moved to the north for up to a mile along an eight-mile long active edge.

Photographer Kent Porter wrote on Twitter (see below) that more evacuations were ordered north of Clear Lake. He said “the firefight was intense in Scotts Valley” Thursday. His photos confirm that statement.

To see all of the articles on Wildfire Today about the Mendocino Complex of Fires, including the most recent, click HERE.

Both fires are remaining active throughout the night. On Friday firefighters will prep and construct primary and secondary control lines. Difficult access and hot, dry weather make it difficult to fight fire directly in many areas.

CAL FIRE reports that 41 residences have been destroyed, up from 14 in Thursday’s update. The two fires have burned a total of 153,738 acres — 112,226 on the Ranch Fire and 41,512 on the River Fire, according to the numbers released by CAL FIRE Friday morning. That is a total increase of over 43,000 acres since Thursday.

Kent Porter got some great photos at the fire on Thursday, including one of the 747 Supertanker. Click on the pictures below to see larger versions.

THE #mendocinocomplex of the #riverfire and the #ranchfire continued to expand on Thursday, prompting more evacuations on the north side of the Clear Lake, Thursday. The firefight was intense in Scotts Valley today. @NorthBayNews @CAL_FIRE #VLAT pic.twitter.com/bUHyx12i7e

Firefighters on Tuesday made some progress on the lines of the Pawnee Fire in Northern California, but they’ll have their work cut out for them going into the weekend.

“The fire burned very actively throughout the day in the Spring Valley area, north east of Clearlake Oaks in Lake County,” CAL Fire said in a Tuesday evening update. “The fire is being driven by low relative humidity, erratic winds and above normal temperatures. Expanded evacuation orders are in effect for the entire Spring Valley area and residents are reminded to heed all evacuation orders.”

A Fire Weather Watch kicks in Friday morning and will last through the weekend. Forecasters are calling for 20 mph north winds gusting to 35 mph and relative humidity levels as low as 10 percent, per the National Weather Service.

Twenty-two have been destroyed.

News media on Tuesday accessed some of the areas where homes were destroyed in the days since the fire started Saturday afternoon northwest of Sacramento.

This is our first look at some of the property damage caused by the #PawneeFire. Four homes in a row were lost off Wolf Creek Road. pic.twitter.com/I2nYuQHpnv

In terms of resources assigned to the Pawnee Fire as of Tuesday night:

As often accompanies disasters, including wildfires that regularly affect Northern California, scammers are at the ready.

“The FBI has received indications that fraudsters are using email and social-networking sites, including job search engines, to facilitate fraudulent activities,” according to the Lake County Sheriff’s Office website.

The Pawnee Fire in Lake County, California continued to spread actively south and east Monday. It has not spotted across Indian Valley Reservoir, but burned around the south end of it in a long finger that ran uphill for 2.5 miles and kept going when it crossed Bartlett Springs Road at the top of a ridge. Additional spread to the east beyond that point should be slower on the downhill slope to the valley below.

The Governor’s office has declared a state of emergency for Lake County. According to CAL FIRE the Pawnee Fire has destroyed 22 structures and 600 others remained threatened. Mandatory evacuation orders are in effect for the entire Spring Valley community which is now virtually surrounded by blackened hills. The Lake County Sheriff’s Office has more information about evacuations.

Monday afternoon CAL FIRE reported that the fire had burned 10,500 acres, and Tuesday morning updated it to 11,500 — which is a very conservative number.

The weather forecast for the rest of this week for the fire area does not predict any extreme fire weather, with highs around 90, wind less than 10 mph, and relative humidity in the teens or low 20s. However, these conditions will not cause the fire to lie down. Firefighters will still have their hands full.

During the previous three years residents of Lake County have been seriously threatened by three other fires, the Rocky and Valley Fires of 2015 and the Clayton Fire of 2016. It is possible that the Pawnee Fire could burn into the footprint of the Rocky Fire, slowing its spread to the southeast.

Resources assigned to the fire include:

.@CalFire stating that the #PawneeFire has grown to over 11,500 acres and is 5% contained. WorldView-3 Color, Infrared, and SWIR images taken June 25, 2018. #lakecounty #wildfire https://t.co/aWYyH247HS pic.twitter.com/D1wE8eUGRq

CAL FIRE reported at 6:31 p.m. PDT on Sunday that the Pawnee Fire had  destroyed 12 structures, with another 600 threatened. The Lake County Sheriff’s Office issued mandatory evacuation notices for Spring Valley and areas north of Highway 20. A mapping flight at 12:32 a.m. Monday determined that it had burned 8,502 acres.

The fire burned very actively throughout the day Sunday in the Spring Valley area northeast of Clearlake Oaks in Lake County. It was driven Sunday by low relative humidity, strong winds, and above normal temperatures. Sunday afternoon a weather station at High Glade Lookout northwest of the fire recorded 12 to 18 mph winds out of the south with gusts at 20 to 30 mph.

Data from the mapping flight Sunday night showed that the fire was six miles north of the city of Clearlake and three miles northeast of Clearlake Oaks. However the fire could have grown substantially since then.

The forecast for the fire area on Monday is not expected to bring extreme fire weather. The prediction is for temperatures in the high 80s, relative humidity in the low 20s, and 3 to 6 mph winds out of the north in the morning switching to come out of the south and southwest in the afternoon. The changing wind direction could present problems for firefighters.

We will update this article and the map as conditions change.

At least 7,700 acres burned in the #PawneeFire in California – the Lake County Sherriff says this is unprecedented. 10 structures burned, 600 at risk. ?:Lake County, California via Craig Philpott / @Storyful pic.twitter.com/PjNa0vsE36 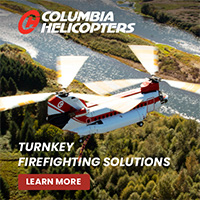